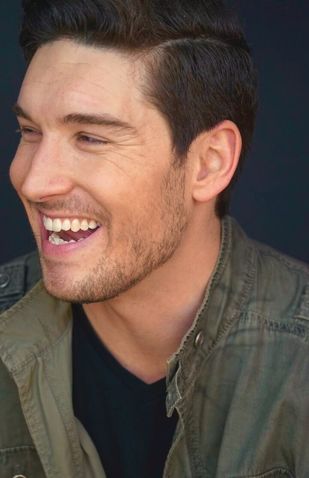 One of thousands of actors braided within the streets and shops of Chicago, Luke washed ashore from landlocked Idaho determined to make his living as an actor. He is graduate of the University of Idaho with a Bachelor of Fine Arts in theatre.

Since moving to the city Luke has worked with Chicago Shakespeare Theatre, Northlight, Remy Bumppo, First Folio, Lifeline, Eclipse, Stage Left, Bohemian Theatre Ensemble, and even a couple tours with Montana Shakespeare in the Parks. A long time interest in camera work has driven him to pursue the intricate craft of film acting and screeenwriting.

Why Chicago??? In Chicago he can continue training and perfecting his craft while still gaining top level experience in theatre, film, and commercials.

Luke also enjoys athletics. He's a member of the back-to-back championship Writers' Theatre softball team and he played competitive soccer for 17 years. But don't let that fool you, Luke is a big nerd who loves history, trivia, reading biographies, and working with his hands; he even won a free-form Lego building contest at the age of ten with his Lego gumball machine that actually worked!  And as a jack-of-all-trades-renaissance-man, he can often be found designing and creating all kinds of projects around the house.